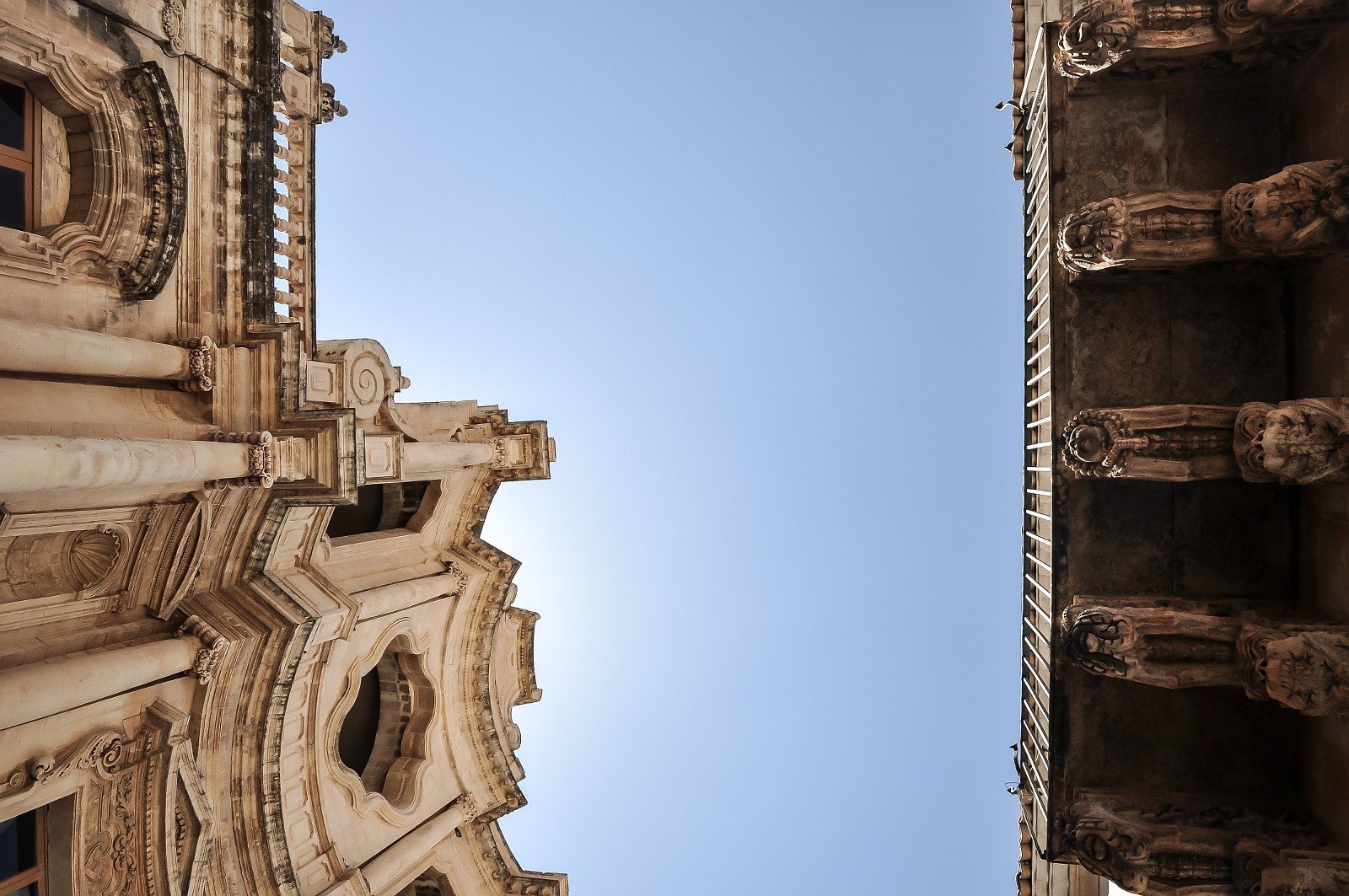 AMIDST MAN AND SEA 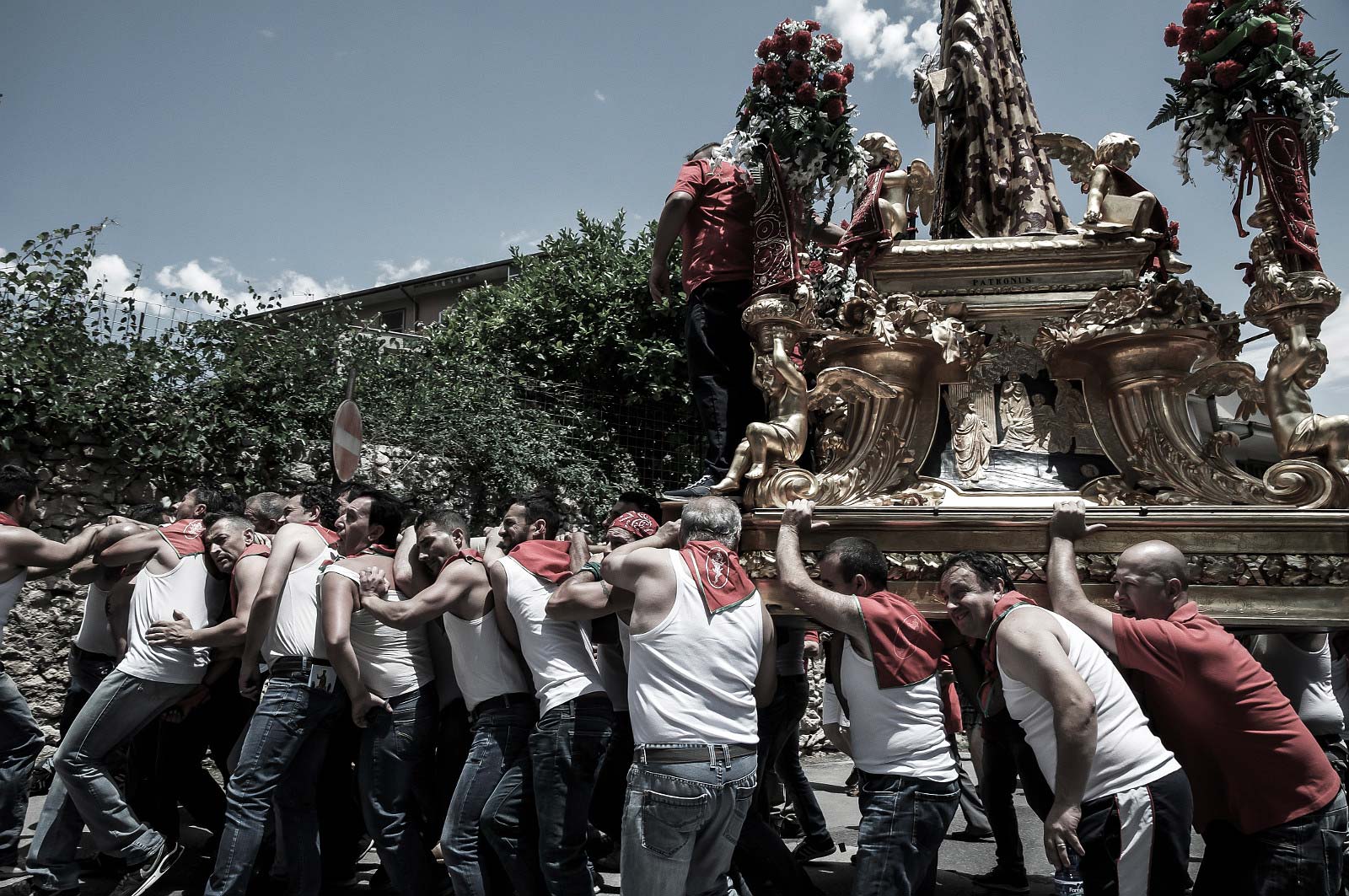 MODICA, A POMEGRANATE CUT IN TWO

“… like a pomegranate cut in two; close to the sea but with an air of the countryside; half of it crammed onto a rocky spur, half spread out at its feet; with many steps serving as peacemaker between the two halves, and clouds in the sky between one bell-tower and another, as breathless as a dispatch rider for the King’s Cavalrymen …”

This is how Gesualdo Bufalino describes Modica, millennial crossroads of cultures and masterpiece of Sicilian Baroque style, designated a UNESCO World Heritage site and renowned for its ancient chocolate recipe. The hometown of the poet Salvatore Quasimodo, the city is divided into “Modica Alta” (Upper Modica) and “Modica Bassa” (Lower Modica) and just like a pomegranate split in two, it stretches breathtakingly along the slopes of a rocky valley. Strolling along the streets and up the steps of Modica, you will relive forgotten emotions: you will be amazed by the Baroque buildings, the gargoyles and wrought iron balconies; enchanted by the sudden glimpses of churches and rooftops, until, eventually, you find yourself immersed in a secret garden with grottos and prickly pears.

Discover our homes in Modica

“Opposite the Sicilian Gulf, facing the wavy Plemmirio, lies an island. The ancients gave it the name of Ortigia…”

Thus Virgil in the Aeneid speaks of Syracuse and of its furthest tip in the Ionian Sea, the fascinating island of Ortigia, where Greek settlers from Corinth arrived in 734 BC. Made famous by the genius of Archimedes, the city, the last in Sicily to fall under Arab rule, still bears the architectural and cultural stratifications of the peoples who inhabited it, from the Miqwè, the ancient Jewish Bath, to the splendid Duomo built on the columns of the temple of Athena. Explore the archaeological area with its “latomie” caves and the marvelous Greek theatre, then reach the temple of Apollo and the historic market, and finally lose yourselves in the maze of the streets of Ortigia where the yellow sandstone corroded by time and salt suddenly turns into intense glimpses of blue.

Discover our home in Syracuse

THE SOUTH-EAST: ITINERARIES AMIDST THE SEA, NATURE AND MYTH

“Why so many Sicilies? Because though the centuries Sicily has had the fate of finding itself hinged between the great Western culture and the temptations of the desert and the sun, between reason and magic, between the mildness of feelings and the heat of passion. Sicily suffers from an excess of identity, nor do I know whether this is a good or a bad thing.” (G. Bufalino)

Discover this ancient and fascinating land all year round: silent tuna fisheries and baroque architecture, coastal dunes and ancient necropolises, Greek ruins and wildlife. Experience the changing colours of the seasons, the well-known traditional celebrations and the refined cultural events. Taste the traditional baronial cooking and the renowned Nero D’Avola and Cerasuolo di Vittoria wines. From Modica and Siracusa, either by your own car or by our private driver service, we suggest comfortable day trips to visit the artistic and natural sightseeings of Val di Noto:

THE AEOLIAN ISLANDS, THE SEVEN PEARLS OF THE TYRRHENIAN SEA

“You could see Salina, the island of the twin mountains, surrounded by a sea full of foam, over which appeared hovered galleys…”
(Giuseppe Tomasi di Lampedusa)

The Aeolian islands of sun, sea and fire. Islands in the current of emotions that from the blue of the horizon intertwine with the deep black of the lava stone, the vibrant silver of absinthe and the sumptuous white of caper flowers. A necklace of seven precious pearls that emerge from the pelagic depths, each giving a unique and distinct emotion:

Discover our home in Salina

This site or third-party tools from this site use cookies that are useful to you and are useful to the purposes described in Privacy Policy. By closing this banner, browsing this page, clicking on a link or continuing browsing in another way, you consent to the use of cookies; otherwise you are required to abandon this site by closing its page. Accept
Cookies & Privacy Policy

This website uses cookies to improve your experience while you navigate through the website. Out of these, the cookies that are categorized as necessary are stored on your browser as they are essential for the working of basic functionalities of the website. We also use third-party cookies that help us analyze and understand how you use this website. These cookies will be stored in your browser only with your consent. You also have the option to opt-out of these cookies. But opting out of some of these cookies may affect your browsing experience.
Necessary Always Enabled
Necessary cookies are absolutely essential for the website to function properly. This category only includes cookies that ensures basic functionalities and security features of the website. These cookies do not store any personal information.
Non-necessary
Any cookies that may not be particularly necessary for the website to function and is used specifically to collect user personal data via analytics, ads, other embedded contents are termed as non-necessary cookies. It is mandatory to procure user consent prior to running these cookies on your website.
SAVE & ACCEPT